The Government is proposing to provide those on incomes between $37,000 and $126,000 with tax savings, by bringing forward and amending its already legislated seven-year tax plan announced in last year’s budget. The proposal takes the form of a three-stage plan that started in 2018, and goes through to 2024. Here we summarise the key changes.

The Government says this will benefit more than 10 million Australians.

The first stage of the Government’s tax plan started on 1 July 2018 with the following changes.

The Government has now proposed to increase the Low and Middle Income Tax Offset further up to a maximum of $1,080. Starting this financial year (2018/19) the proposal is: 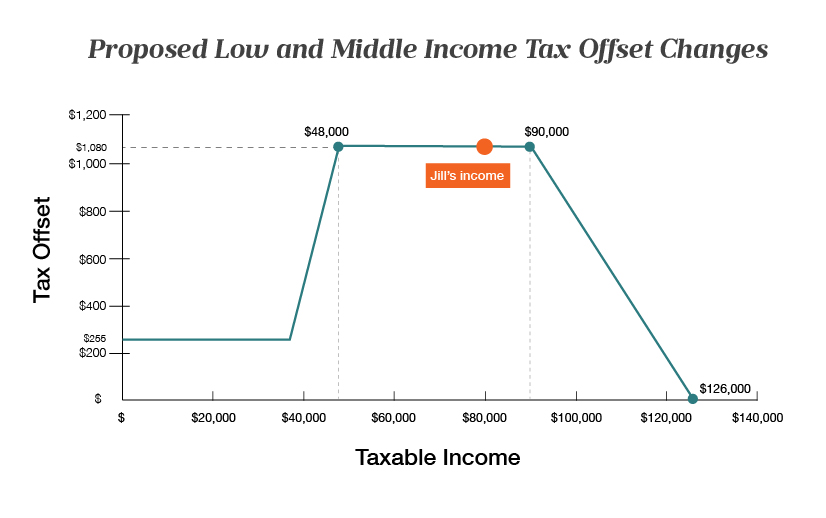 
Assuming Jill exercises one of these options every year, over the next 15 years, this is what her benefits are estimated to be.

Assumes mortgage interest rate of 5.0%, and return on superannuation of 6.0% (after fees and earnings tax). 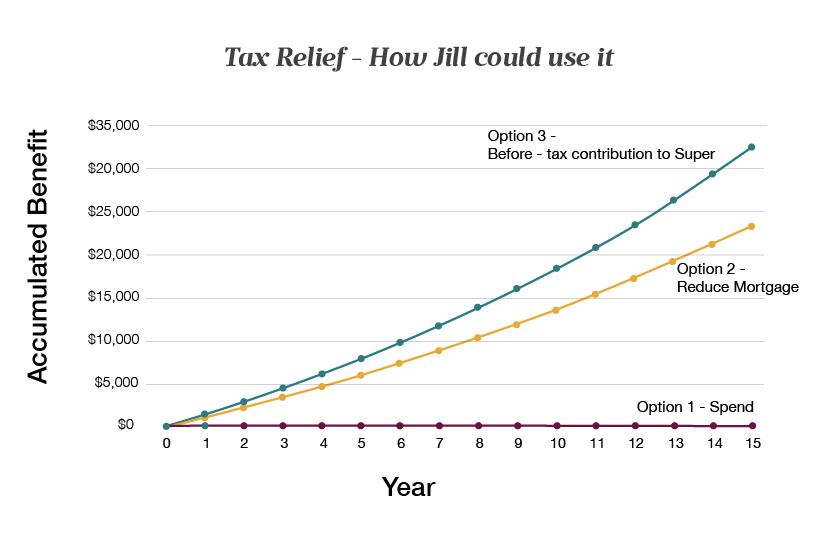 The next stage of the tax plan aims to protect middle income Australians from bracket creep by locking in the benefits of the Stage 1 tax savings.

Also from 1 July 2022, there will no longer be a Low and Middle Income Tax Offset.

The good news is that the Government proposes to reduce the 32.5% marginal tax rate to 30%. The Government says that an estimated 94% of all taxpayers will face a marginal rate of no more than 30%.

Just as a reminder, according to the current law, the entire 37% tax bracket will be abolished and the threshold for the top marginal tax rate will increase to $200,000 (from $180,000).