At StatePlus we’re always looking for better ways to invest your money. This is why we’re now investing in unlisted infrastructure. 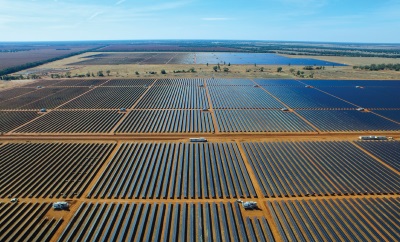 What is unlisted infrastructure?

‘Infrastructure’ refers to assets that meet community, societal and economic needs. They underpin the operation of society and provide an essential service to the community.

These assets are called ‘unlisted’, because they’re held privately rather than listed on a share market. This makes them part of an ‘illiquid’ asset class, in which valuations are less volatile and the investments provide diversification for investors, particularly those with longer time horizons.

Why are we investing in unlisted infrastructure?

StatePlus is seeking the following investment characteristics from its unlisted infrastructure investments:

As these assets provide essential services, the demand for them remains relatively stable, so they are less sensitive to economic cycles.

Am I invested in unlisted infrastructure?

You will have exposure to these unlisted infrastructure assets as part of your diversified portfolio if you’re invested in any of these options:

As with any investment, investing in unlisted infrastructure carries a certain amount of risk, which is balanced with the diversification benefits it offers for the StatePlus portfolio.

StatePlus has partnered with QIC, one of the largest wholesale investment managers in Australia. We currently have unlisted infrastructure investments in:

The Port of Melbourne

The Port of Melbourne is the largest container port in Australia, and more than a third of Australia’s total import and export container trade goes through it. The port is centrally located near Melbourne and well-connected by rail and road infrastructure.

By providing a critical trade gateway into and out of Victoria, the port provides an essential service to the Melbourne region.

Steady population and productivity growth have made Victoria the second-most populous state in Australia behind NSW. Container trade at the Port of Melbourne has matched this progress, even through difficult periods such as the Global Financial Crisis.

The Powering Australian Renewables Fund (PARF) is a renewable energy investment vehicle that is partnering with existing alternative energy experts.

PARF aims to build 1,000 megawatts of renewable power generation, through large-scale projects that use proven renewable energy technologies. The first assets are solar farms at Broken Hill and Nyngan, in outback NSW.

Equivalent to removing about 800,000 cars from the road

Once fully invested, PARF will own approximately 10% of Australia’s renewable energy capacity and will generate over 3,000 gigawatt hours of electricity. This generation will abate around 2.7 million tonnes of greenhouse gas emissions per annum, or provide power to approximately 530,000 homes. It is equivalent to removing about 800,000 cars from the road.