RBA holds rates despite a quarter of zero inflation


Inflation in the March quarter came in much lower than expected, and while the RBA stayed on hold in May, markets are anticipating several cuts this year. What has everyone so spooked? And should we be worried?

What’s the problem with inflation surprise?

In late April the inflation data for the March quarter was released, showing zero growth for the quarter and the annual rate dropping to just 1.3%. This number was below expectations and a bit of a shock actually. Instantly, we saw the odds of a May rate cut go from 13% to around 67%, with another cut expected by the end of the year.

Inflation data for the March quarter showed zero growth for the quarter and the annual rate dropping to just 1.3%. This number was a bit of a shock.

A bit over half of our economy consists of consumption by households, and this was one of the risks to the outlook that the Reserve Bank of Australia (RBA) highlighted. As it turned out, despite strong employment growth, the combination of persistently low wage growth, high debt levels and falling house prices combined to see household consumption come in below expectations. 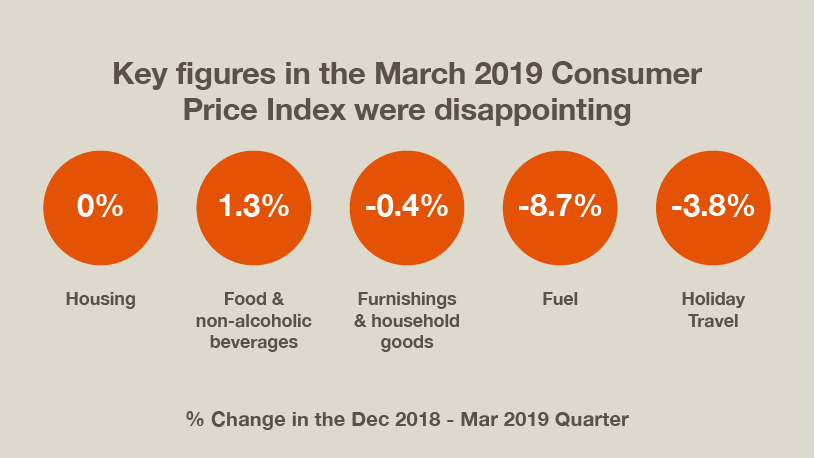 
When the mining boom ended, the RBA cut interest rates and sparked a housing boom. That proved to be enough to keep the economy growing, and this lucky country extended its run to nearly 30 years without a recession.

Now housing investment has peaked. We are seeing a pickup in business investment, infrastructure and government spending, but it’s not clear whether this will be enough to see us through this time.

If the RBA do cut it should help to stabilise the housing market, but they’ve got a lot less ammunition in 2019 than they had in 2011, when rates were at 4.75%.

With the cash rate now standing at 1.5% there’s not much more room to move. The experience overseas has shown us how difficult it can be to stimulate the economy further once rates are near zero.

Slowing economic growth may force the government to act

Fortunately, Australia has pretty low government debt by global standards, and while there’s a strong political focus on achieving surpluses at the moment, increasing government debt through targeted fiscal stimulus might be required if economic growth continues to slow.

And looking on the bright side, we are seeing early signs that global growth is stabilising, thanks to China, although it’s probably too soon to say whether this will last.

Low inflation and low rates … what does it all mean for you?

So, what does all this mean for investors?

The obvious thing to say is that bank deposit rates are going to stay low, and for most people they’re not going to generate anywhere near enough income to support a comfortable retirement.

You could invest some of your super or pension offshore, as well as hold assets like infrastructure, which tend to be less affected by shorter term economic cycles.

The fragility in Australia’s economy reinforces the need to have a diversified portfolio, since Australian shares alone could be pretty risky, especially if companies are forced to cut dividends.

You could invest some of your super or pension offshore, as well as hold assets like infrastructure, which tend to be less affected by shorter term economic cycles.

Exposure to safer assets like government bonds and cash makes sense too.

Depending on how soon you need to access your savings, a decent exposure to safer assets like government bonds and cash probably makes sense too.

If you’d like more information on how to make your portfolio more resilient, speak to your financial planner. 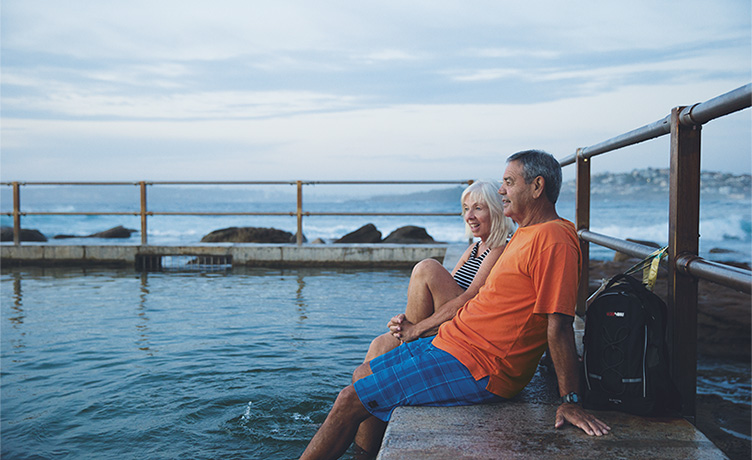 The 2019 Federal Budget focused on strengthening the economy, lowering taxes and creating a better future for Australians 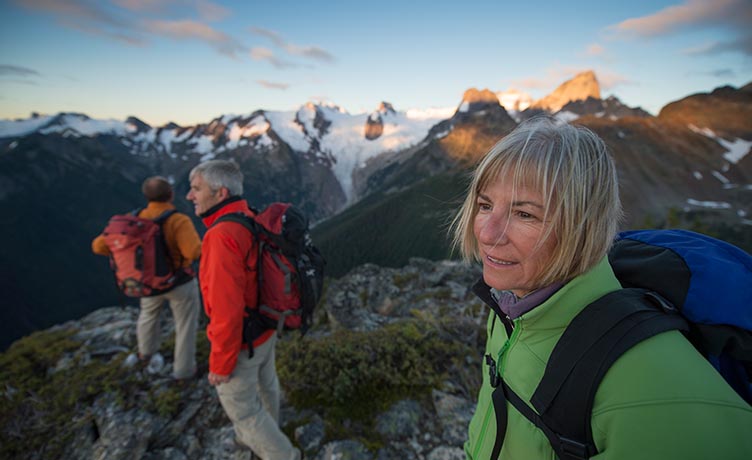 How to handle market uncertainty in 2019

What’s causing the current market volatility and how should you deal with it? Should you make changes in your investments? Head of Investment Strategy Michael Winchester gives some tips on how to handle market uncertainty in 2019. 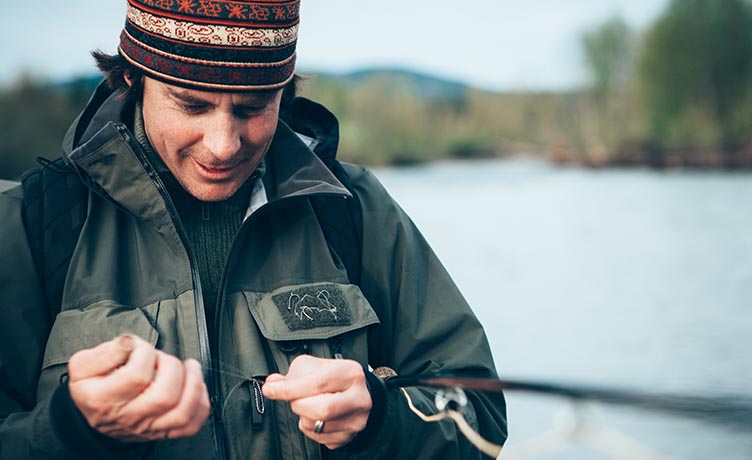 It’s been a volatile year for financial markets. How do you deal with the uncertainty? Michael Winchester reviews 2018 and gives some investing tips to help you have a peaceful night’s sleep.