Money wisdom, tips and insights from the SASS community.

Our most recent SASS Wise poll told us 77% of you would pay off your mortgage early rather than contribute to SASS if you had some spare cash. Whilst reducing debt is usually a good idea, is it the smartest move in every case?

In this edition we talk about the mortgage v’s SASS contributions trade off, calculating your net wealth and we answer questions from the SASS community. 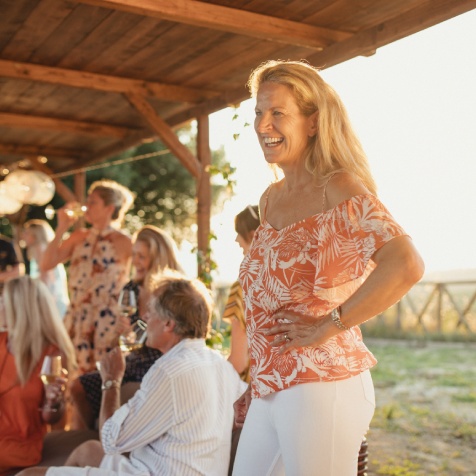 Paying down your home loan quickly is often a good financial strategy that could save you thousands of dollars in interest. But it may not always the best option if you’re a member of a defined benefit scheme, like SASS.

Depending on your circumstances, making additional contributions to SASS might make more financial sense than paying down your home loan faster, so it’s best to weigh up all your options first. Below we cover some things to consider.

Paying down your home loan using Offset and Redraw facilities

Many home loans now come with a choice of Offset and Redraw facilities to help you save on interest and pay down your loan faster. An Offset account is a bank account linked to your home loan, designed to reduce (or offset) the amount you owe on your loan.  This facility provides you with instant access to your cash when you need it. Any funds in your account are not generally considered taxable income because you don’t earn interest on the account – rather, you save interest on your mortgage (although it’s always best to check with the ATO).

Bear in mind that a home loan with an Offset account may come with higher fees compared with one without an Offset account, so you’ll want to make sure the fees are worth the amount you’re saving in interest. And whilst instant access to your money sounds great, you’ll need to be disciplined to stay on track with your savings.

A Redraw facility on the other hand, is not a separate account, rather it allows you to redraw any extra payments you make to the mortgage. The additional payments you make can help you pay down the principal on your loan faster, reducing the amount of interest you pay over the longer term. If you need to access a lump sum from the extra payments you’ve made, you’ll be able to apply for access, but it may not be instant like the Offset account.

Also bear in mind that minimal withdrawal amounts and fees may apply each time you want to access your money.

Why increasing your contributions to SASS might be a good option

So, is it better to pay down your mortgage or contribute more to SASS? Here are a few things to bear in mind:

Like most decisions, there’s always a trade-off. Your SASS contributions may not bring you the instant benefit of saving interest on your mortgage, but maximising your SASS benefit is a long-term strategy that can reap significant rewards in retirement.

There are many options, and decisions to make about your money. And it can be complex. The good news is, our planners are experts in SASS - and retirement planning. If you’d like some help weighing up your options, book an obligation free appointment with a Aware Super planner¹ . 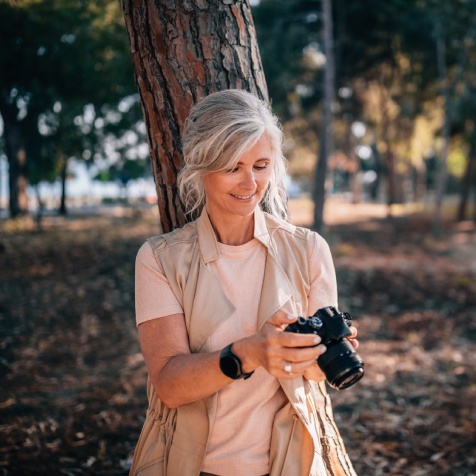 Rising property prices, low interest rates and easy access to consumer credit have created a perfect storm for growing levels of debt in Australia. According to statistics, over 1 in 6 (18.5%) of Australians are overwhelmed by their credit card load1, and less than a third of Australians expect to reduce their debt load in 20192.

How often do you talk about net wealth? Probably never. It seems that the home you live in, the car you drive and the kind of holidays you have are what many people use to assess wealth. But it’s not a true reflection of your financial position. Calculating your net wealth gives you the full picture. It takes into account all the things you can’t see, such as your savings and super.

At the simplest level, your net wealth is the difference between what you own and what you owe. It’s calculated by looking at your total assets and taking away the total amount of debts you have.

How much net wealth should you have?

The answer very much depends on your age and your circumstances.

According to the Australian Bureau of Statistics’ (ABS) 2017-18 Household Income and Wealth Australia report1, the average net worth (or net wealth) of Australians is highly concentrated among the top 20% of households who held over 60% of Australia’s assets.

The report found that the average net wealth of the wealthiest households was a staggering $3m, compared to an average of $564,400 for those in the middle, and $35,200 for the bottom 20% of households.

What about Australian’s overall median wealth? That is, those in the middle, across all wealth brackets. According to a 2018 Global Wealth Report by Credit Suisse2, the median Australian had about $101,453 US dollars in wealth, which translates to $131,890 Aussie dollars using the exchange rate3 at the time. According to the ABS’ 2016 Census Report4, the median Aussie is age 38.

What about those over age 40, 50 or 60? While there are no published figures, there have been some attempts to put a figure on it. Using the average net wealth and age in Australia, rough estimates  suggest that at 40 Australia’s average net wealth is around $250,000 and at 70, it sits at around $756,000.

Now you’re probably eager to calculate your own net wealth. We’ve developed a simple worksheet to guide you through your calculations, and you can download it below.

You’re probably eager to calculate your own net wealth. Use this simple downloadable worksheet to guide you through your calculations.

Questions from the community

Can I make additional contributions into SASS over the 9% limit?

As a SASS member, you can make contributions of between 1 and 9% of your salary to the scheme each year. However, there’s a good chance that you’re able to make additional contributions into super, whether before-tax (salary sacrifice or tax deductable) or after-tax from money outside super (such as an inheritance). But, if you want to add more to super above the maximum 9% to SASS, you’ll need to open an account with another super fund.

Bear in mind, that total superannuation contributions are subject to contribution caps, which is the maximum you can contribute in a financial year. The caps apply to the total contribution to super across all accounts, not at an individual account level.

For before-tax contributions which are taxed at a concessional rate of 15%*, the cap is $27,500 per person, per year.

Within SASS, your before-tax personal contributions, plus an amount to represent the notional amount of employer contribution, are combined and counted towards the cap. If the combined amount is below the cap, then you can make contributions to another super fund up to the cap. As of 1 July 2019, if you don’t contribute up to the cap in a financial year, you can carry these amounts forward for up to five years, provided your total super balance is less than $500,000 as at the preceding 30 June.

To understand your total SASS contributions that count toward the cap, you can give State Super customer service a call on 1300 130 095. If you would like advice on making the most of the caps, both within and outside of SASS, then a Aware Super financial planner can help. Book here to arrange an obligation free first appointment.

* For high income earners the tax on contributions can be up to 30%.

I’ve reached 180 SASS points. Can I ask my employer to pay the 9.5% super guarantee to a super fund outside of SASS?

If you’re an active member of SASS, then your employer-financed benefit replaces any obligation for your employer to make Super Guarantee (SG) contributions of 9.5% of your salary. In general, the SASS scheme will provide a better outcome for members than the SG contribution. If your employer-financed benefit is less than the SG, your benefit will be increased to the SG level through an additional benefit called the SG shortfall amount which is added to your SANCS benefit and included in your annual statement.

Up to age of 64, you must remain a member of SASS if you continue employment with a SASS employer. This means that as an active member you would not be able to receive Superannuation Guarantee (SG), however you will continue to receive the Additional Employer Contribution (1.5% as at 1 July 2022) providing you are eligible as well as continue receiving the Basic Benefit (3%).

The exception is that if your full time salary reduces by 20% or more in one event, and you are over the age of 55, you could cease as a contributor and crystallise your benefit within the scheme (similar to deferral). If this occurs, you would then be able to arrange to have another SASS Account commenced or have SG contributions paid to another super fund.

From age 65, you can choose to stop contributing to SASS. You can then access your benefit, roll it over to another fund or leave it deferred with SASS. Your employer will then commence making SG contributions to another fund. Whether this is right for you will depend on a range of factors, including the potential for salary increases through promotion or higher duties, salary decreases through changing roles with the same employer, as well as your appetite for taking on investment market risk.

It might be a good idea to see a financial planner to review your options. A Aware Super financial planner understands SASS and can provide advice that is right for you. Click here to book an obligation free appointment with a StatePlus planner.

(you'll see the latest results straight away)
Next Article


This is general information only and does not take into account your specific objectives, financial situation or needs. Seek professional financial advice, consider your own circumstances and read our product disclosure statement before making a decision about Aware Super. Call us or visit our website for a copy. Issued by Aware Super Pty Ltd ABN 11 118 202 672, AFSL 293340, the trustee of Aware Super ABN 53 226 460 365.  Financial planning services are provided by our financial planning business Aware Financial Services Australia Limited ABN 86 003 742 756, AFSL No. 238430. Aware Financial Services Australia Limited is wholly owned by Aware Super.